automotive LED market in the past year. In the second part of the analysis, we will further discuss the application trends of automotive LED as well as the global industrial 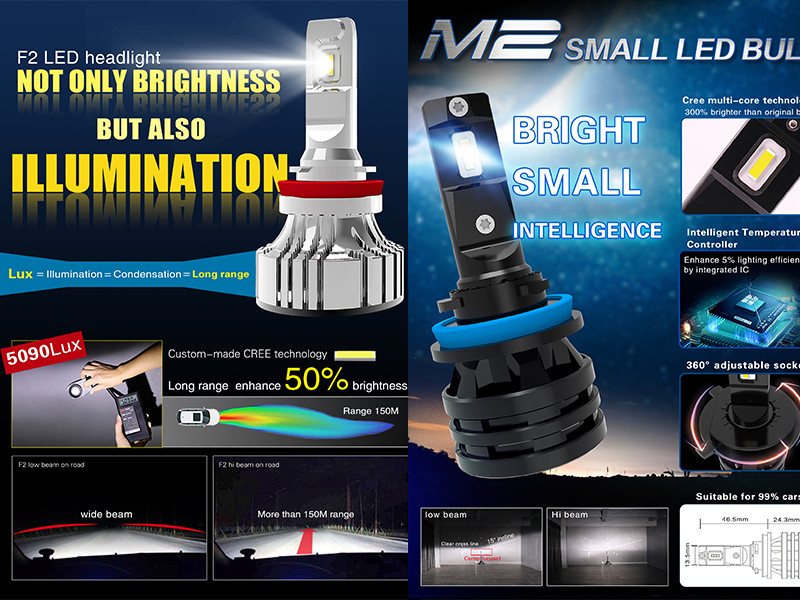 The automotive LEDs are adopted in various places in cars including interior and exterior lighting, dashboards and rear view mirrors.

Headlights as the most important part of automotive lighting have been moving toward to intelligent applications by combining LEDs and sensing technologies. Following the trends, automotive LED producers introduced matrix LED headlights which LEDs are placed in arrays and each LED can be individually controlled. In this way, the light source can be adjusted to fit different driving situations to enhance safety. Projection is another featured function of LED headlights which warnings, assisting path and other information can be projected on the roads.

For tail lights, individually controlled LEDs are adopted for delivering information to warn or communicate with other road users. The Volkswagen Group has presented vehicle lighting systems with these interactive and communicable functions.

Meanwhile, automotive dashboards integrated with LED lighting are a mainstream development. Automotive LED displays are believed to be the next step as they can show more detailed information required for alternative fuel vehicles and autonomous cars. Tesla, Audi TT and BMW i8 have adopted digital dashboards with LED backlights.

At the same time, LED manufacturers from China and Taiwan are putting efforts to be involved in the supply chain of OEMs, aiming to increase their automotive LED market share.

If you run into any issue or have any question.

Hello, please leave your name and email here before chat online so that we won't miss your message and contact you smoothly.